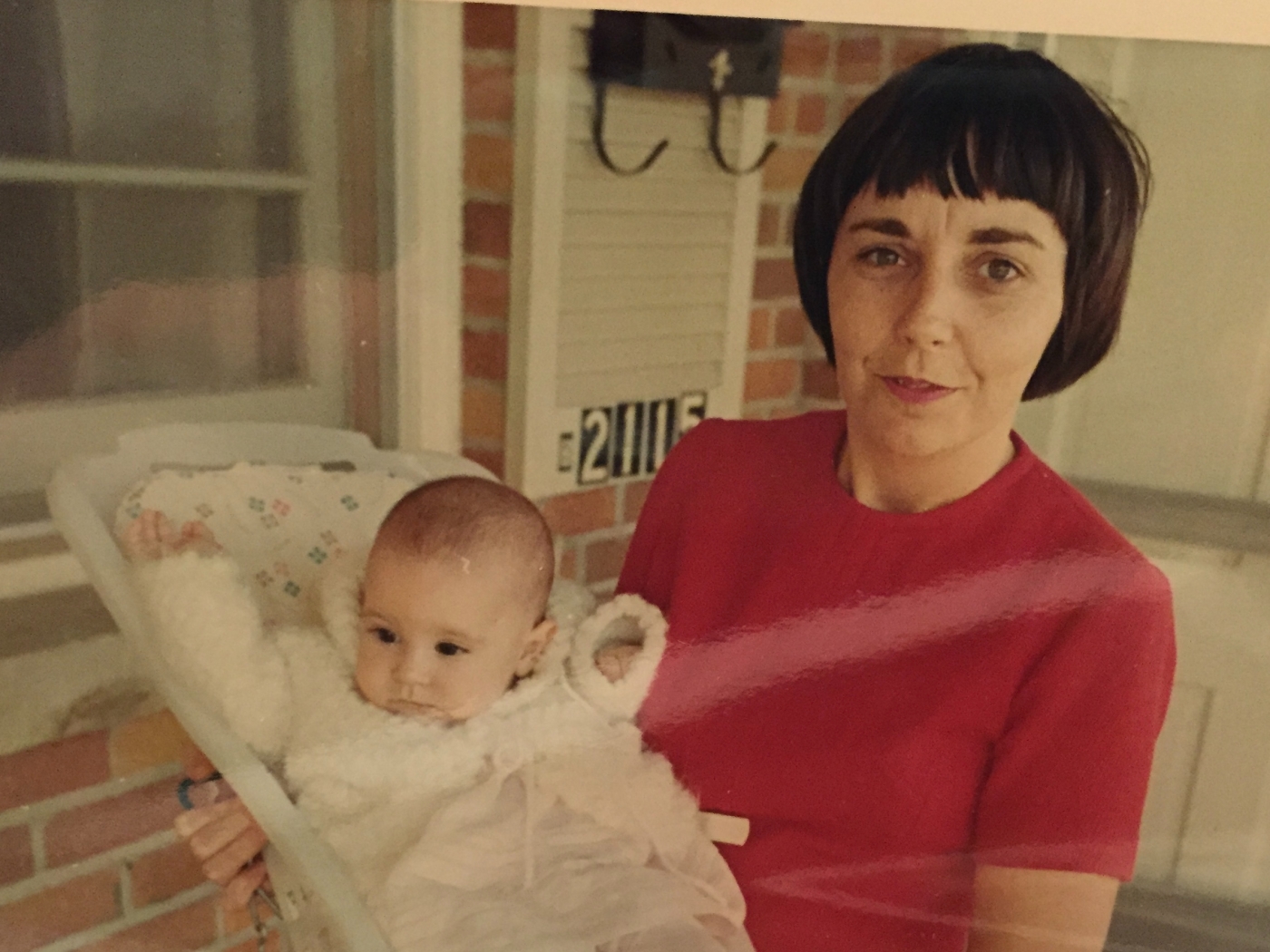 The teaching profession, matching wedding invitations, and motherhood were the elements that connected my mom to one of the most meaningful friendships of her life that has impacted the next two generations.

In her late 20s, my mom had spent a summer with her brother and his new wife in Washington, DC, where she met my dad. By June 1965 at age 30, my mother, Wilma Brady, was just weeks away from becoming a first-time mom. After years of working with young children as an elementary school teacher, she was thrilled at the prospect of finally becoming a parent but she was also feeling a bit anxious.

Having recently settled with her new husband in Lexington, Kentucky, Wilma was a 2-day drive from family, friends, and her beloved New England hometown. She’d hardly had time to make new friends in her teaching job at a Catholic school before her employment was terminated six months into her tenure when news of her pregnancy was shared with school leadership.

Fortunately, Wilma had started to get to know a few other young teachers, and she invited one over for lunch. Her guest Lucretia couldn’t help noticing a small, framed print on the wall in her small duplex home. She immediately recognized a wedding invitation. As she got up to look closer, she exclaimed: “This is the same design as my wedding invitation! And you married the same day, same time that I did!” Lucretia recounts this memory 57 years later as if it were yesterday. To meet someone who happened to have married in the Catholic church, a less common occurrence in protestant Kentucky, on the EXACT same day and EXACT same time as she had, well, “That just bonded us.”

Once my sister Katharine was born, Lucretia stepped in to help. By then pregnant with her first child Caroline, Lucretia recalls babysitting Katharine while my mom went to run errands. As Lucretia recounts: “I watched Katharine, and I didn’t expect anything in return. Then when I was in the hospital after having Caroline, your parents came to my house and told my sister, ‘We want to give your sister a clothes dryer.’ It was already installed when I came back from the hospital!” My parents, nearly a decade older than their new friends Lucretia and Jude, had decided to help this young couple ease into parenthood with this unusual and most appreciated gift of a dryer.

Before long, Wilma and Lucretia each had their second child. Soon after my sister Monica was born, my dad’s job relocated our family to IBM’s headquarters in Armonk, New York. “Boy, was I so sad when they moved,” Lucretia told me. Not long after the move to Armonk, my dad stepped away from IBM and moved his growing family to a suburb of Washington, DC. I arrived just prior to the move, and two more siblings joined the Brady clan during the time we lived in Arlington, Virginia.

Wilma and Lucretia maintained their friendship with phone calls and occasional visits throughout the 1970s. “They’d sometimes stop in Lexington on their way out West to see John’s family near Chicago,” Lucretia says. Then, in 1980, IBM came calling again. With 5 kids, the siren song of a corporate job was too much for my dad to resist. Next thing you knew, our family packed into the wood-paneled station wagon and headed back to Lexington. Once again, parenting bonded Wilma and Lucretia, “When she moved back, we’d get together with a few other couples, play cards, stupid games and laugh up a storm. And the kids would play in the basement for hours.” As high schoolers, Katharine and Caroline attended youth group dances together, I joined the Girl Scout Troop Lucretia’s middle daughter Judy belonged to, and my youngest sister Liz and Lucretia’s youngest Susie went on to be bridesmaids for one another.

Decades later as I embarked on my own motherhood journey, I realized how unprepared I felt for my new role as ‘mom’ with plans to continue my role at a marketing consulting firm. Fortunately, I had befriended two colleagues Joselyn and Beth who were already navigating this path. Beth was a wise, calm, veteran mom of a tween and teen, while Joselyn had a toddler whom I had befriended at my first company picnic. Joselyn, Beth, and other colleagues hosted the loveliest book-themed baby shower to celebrate my son’s impending arrival. I came away with a full library and a party theme I’ve borrowed more than once. I also emerged with deeper friendships with these two wonderful moms.

God could not be everywhere, and therefore he made mothers.

For mothers, building a support network of other moms is invaluable regardless of life stage. I was fortunate to have colleagues who encouraged me in this life transition, and older sisters who were raising four kids between then. When I struggled with a fussy baby, I could turn to my bestie Sara, who had already navigated the baby-toddler years with her two oldest.

As my kids matured, I found myself turning frequently to Lucretia for parenting advice and support for other life challenges. Her advice has remained precious to me, as my own mother’s cognitive decline due to vascular dementia has accelerated. My mom’s confused state requires constant vigilance, yet her love of children and work in early education shaped her relationship with my boys. She has never forgotten the songs of her youth, which she would sing to them on every visit.

As time passed, my friendship with Lucretia has deepened as she has become a support in ways I had never imagined. She was in the hospital to meet me when I arrived in Kentucky after my mom had a major stroke that compromised her speech and ability to walk. She was there again to support us as my dad battled lung cancer, an illness that eventually took his life. And I could be there for Lucretia when her middle daughter Judy was tragically killed in an auto accident.

I could think of the magical friendship between Lucretia and Wilma as kismet, but it’s more than that. These two women came from different parts of the country, used different words, yet discovered a reason to bond and from that moment moved forward with open hearts and minds. The gift of their friendship continues to touch their children and grandchildren. When I explained the concept of ‘family friends’ to my boys, Lucretia’s clan was the first example I used. Separated now by many miles and my mom’s physical limitations, you’d think the light of friendship between Lucretia and Wilma might have dimmed. Not a chance. When I called Lucretia recently to ask about their friendship, she livened right up and said, “I can tell you about that real easy.”

So Happy Mother’s Day, Mom, Lucretia, Sara, sisters, cousins, friends, colleagues, and the many millions of other moms out there who light up so many lives!